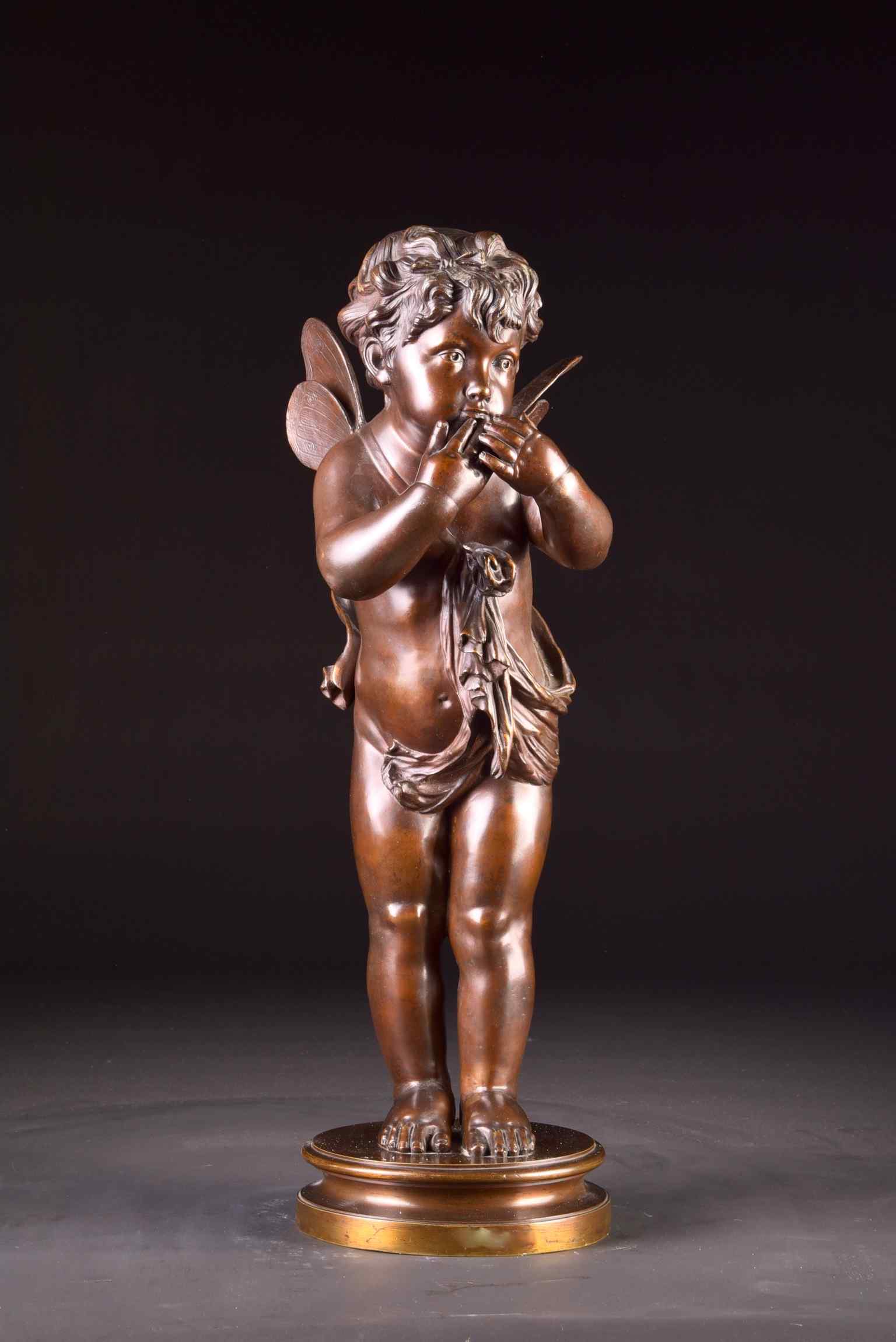 Artist Victor Rousseau was born in 1865 in Feluy-Ardennes, Belgium, and studied art at the Academie Des Beaux-Arts in Brussels. He left his home in Belgium during World War II and traveled to England to escape persecution by Nazi's. Sculptor Victor Rousseau is most known for his detailed bronze busts, statues, and public monuments, but has also sculpted portraits.

Artist Victor Rousseau sculpted a public memorial to honor England's acceptance of Belgian refugees during World War II. The large bronze sculpture is located in London, and depicts two children leaning against floral bouquets under the ushering arms of a mother figure. The majority of Victor Rousseau's figural sculptures for sale are nudes in dramatic poses.