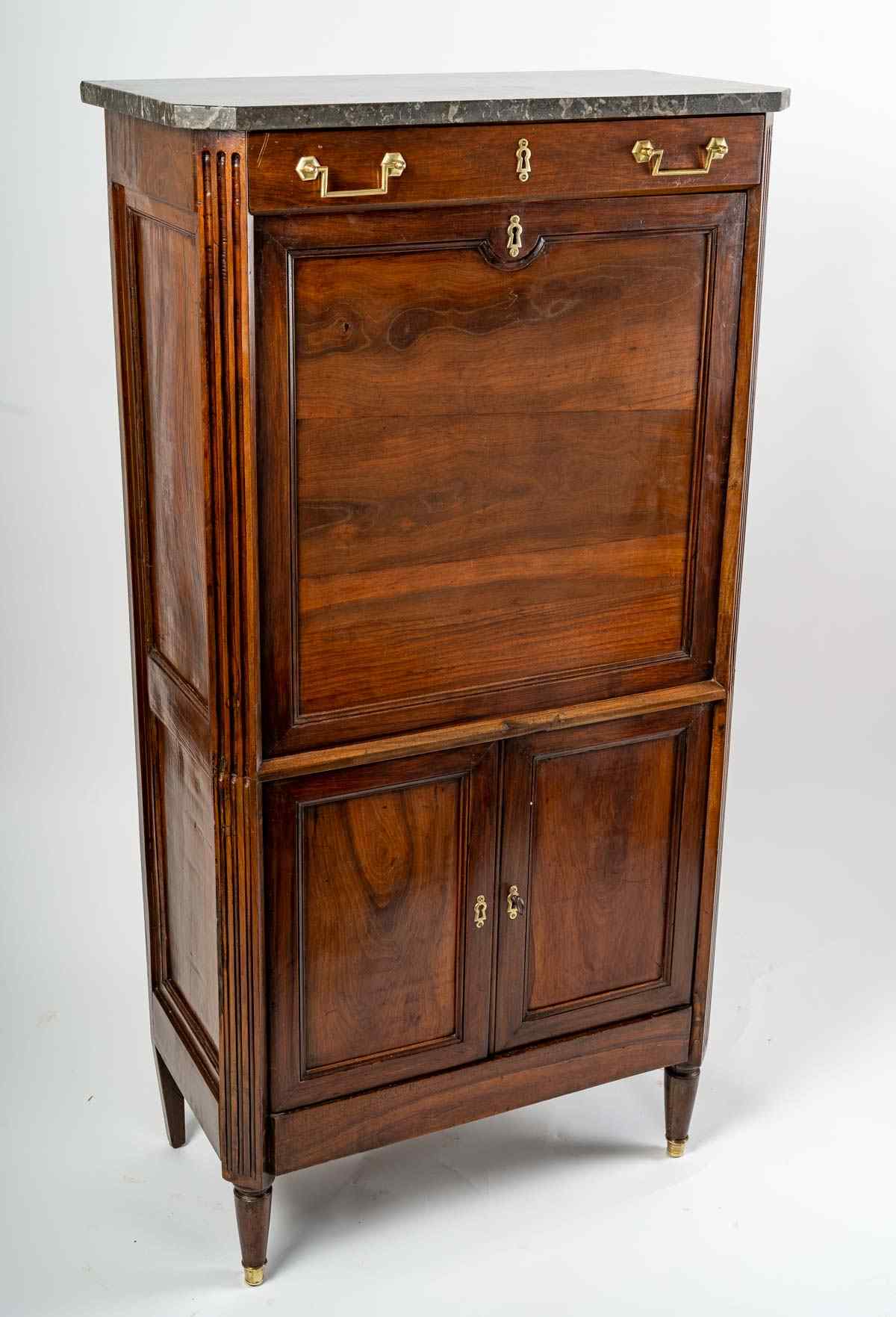 Charming Louis XVI secretary, built in oak and polished mahogany veneer, it is topped with a grey Saint-Anne des Pyrénées marble.
It is equipped with a high drawer, offering a beautiful storage space, just below, it reveals a flap, discovering a space of a sobriety characteristic of Louis XVI Secretaries.

It consists of a large niche under which are seven drawers, six of which are of identical capacity, all in mahogany veneer.
The flap is covered with original Camel coloured leather.
At the bottom, it is equipped with two doors, housing a new storage compartment.


These three front doors are equipped with cut brass lock entries.
This numerical inferiority is compensated by the presence of two pearled brass pull handles on the top drawer.
The fluted uprights of this piece of furniture end in four tapered legs with gilded alloy shoes for the front legs.
The back is a magnificent work of wood veneer entirely of the period.