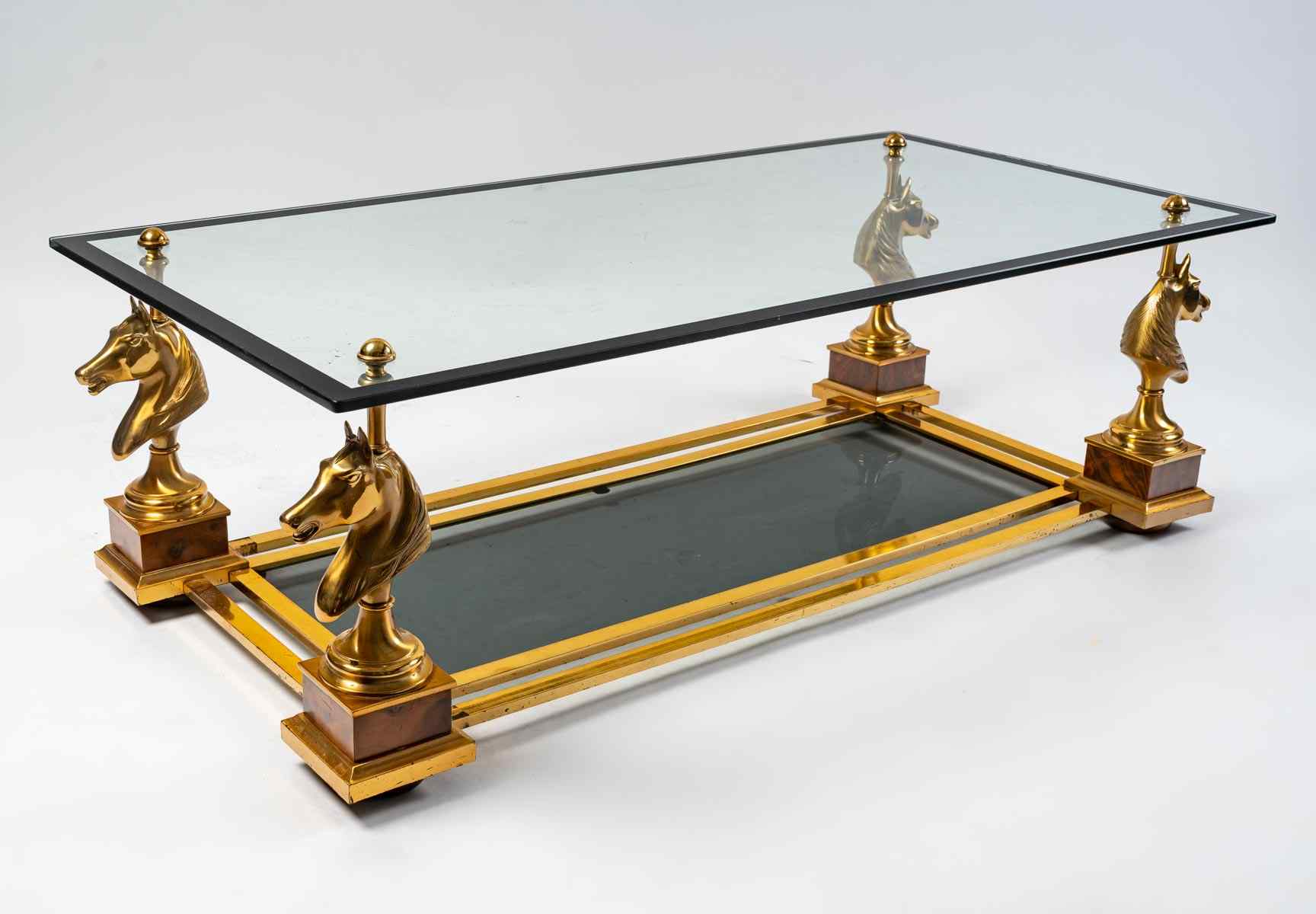 Emblematic French "Cheval" coffee table created by the prestigious Maison Charles, in glass and gilded bronze. Its transparent glass top with black edges rests on four legs in the shape of a horse's head, with a combed mane, having for pedestal wooden cubes painted in a cedar burl style resting on flattened wooden balls.

The legs are linked by a double gilt bronze shelf framing a smoked glass top.

In 1908, the House of CHARLES was created by Ernest Charles, who took over the ULLMANN Bronzier company.
The company only worked in bronze and initially specialised in the reproduction of antique lighting fixtures, an activity which enabled it to build up a reputation among bronze smiths.