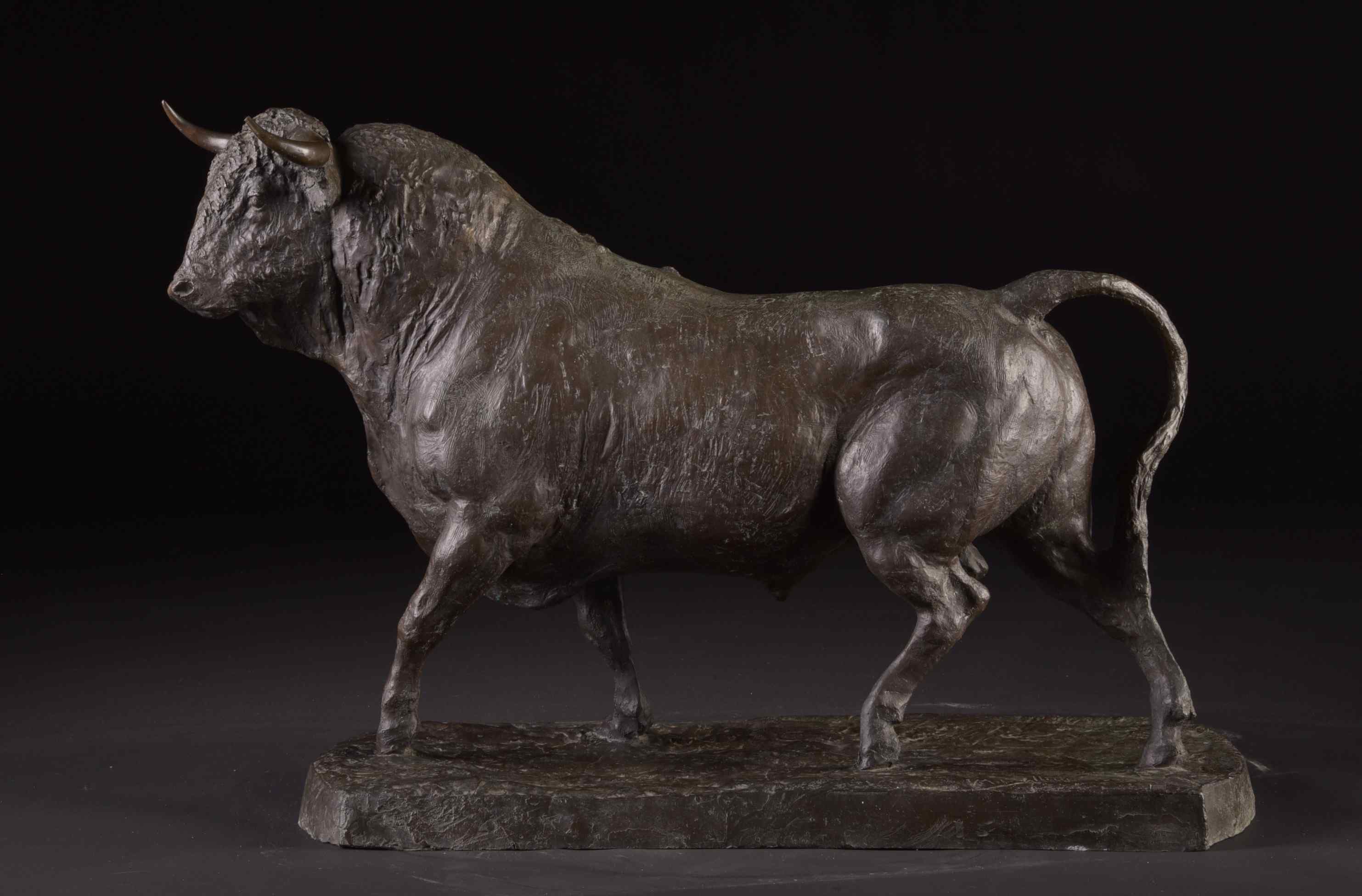 Mariano Benlliure was a Spanish sculptor known for his large monuments, created in a very heroic, realistic style. Benlliure's early work is heavily influenced by Spanish bullfighting; already at the age of 13 he exhibited a wax model of a picador at the 'Exposición Nacional de Bellas Artes' in 1876. Originally Benlliure wanted to be a painter, only when he traveled to Rome in 1879 and saw the sculptures by Michelangelo did he decide to train as a sculptor. In 1887 Benlliure settled in Madrid, exhibited a portrait by the artist Ribera at the 'Exposición Nacional' in the same year and won first prize. Most of his monuments and memorials are in Madrid. Benlliure's works are characterized by a detailed naturalism and at the same time by a certain impressionistic spontaneity.