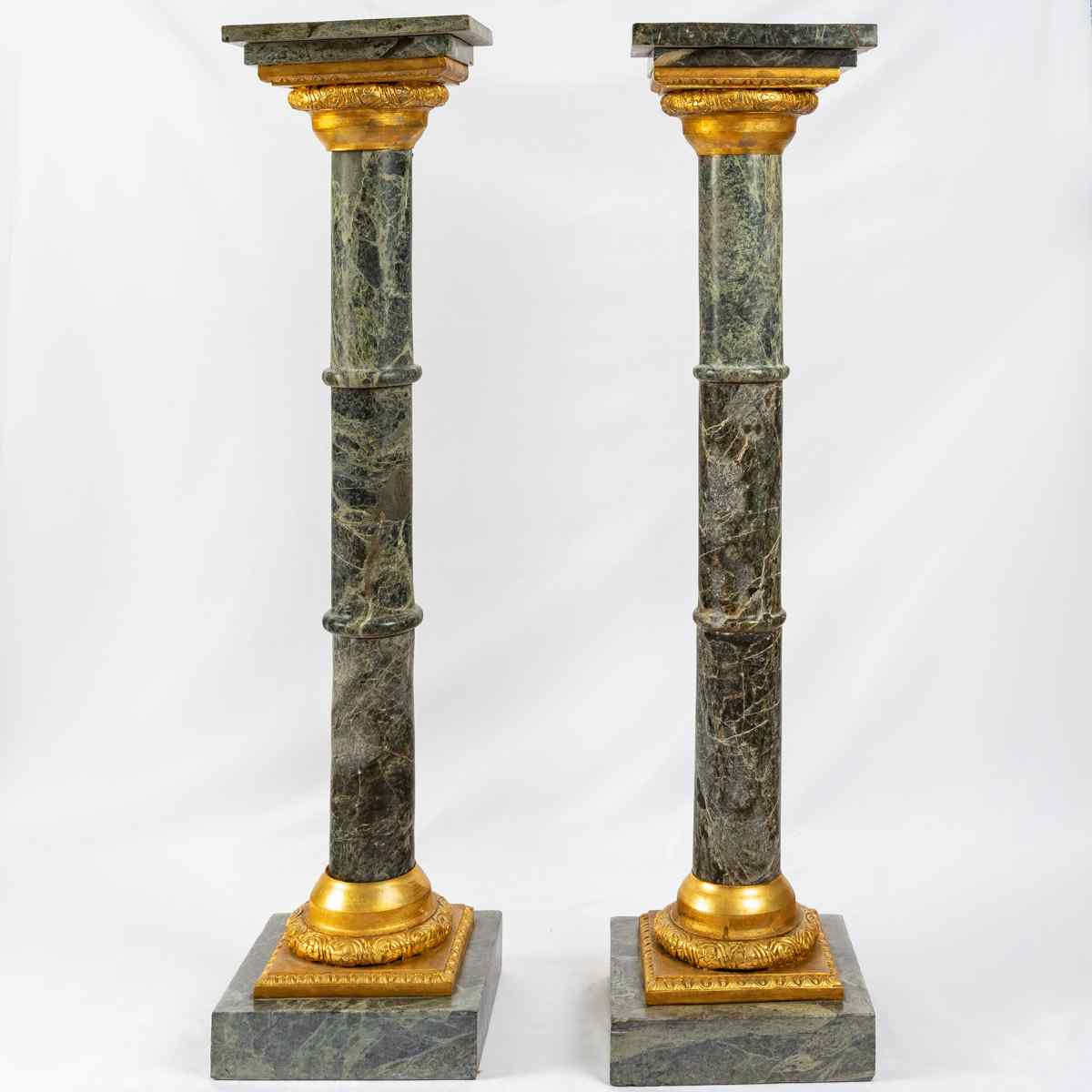 "Pair Of Ancient Columns - Sea Green Marble & Bronze - Period: XIXth Century"
Magnificent pair of antique columns in sea green marble and gilt bronze.
Each column rests on a stepped base, decorated with a frieze of acanthus leaves in gilt bronze, revealing a carved marble shaft, topped by a Corinthian capital.

With the return of the Empire in 1852, Napoleon III wanted to restore its splendour and grandeur. The architecture and the decorations will then serve the image of the regime and evolve towards a style charged with a pronounced taste for luxury and splendour.

The Napoleon III style thus proposed a deliberately sumptuous style of decoration, little concerned with historical reality, but which placed aestheticism at the centre with an abundance of polychromy and elaborate ornamentation, notably with the influence of ancient architecture, particularly Greco-Roman.

The marble used for a long time in ancient architecture, with its firm and dense structure, made it possible to have columns as solid as they were beautiful.

It is therefore with great interest that we saw the reappearance in the 19th century of Italian marble columns and pedestals with their sumptuous colours and veining, the ultimate decorative object to magnify sculptures and bronzes.