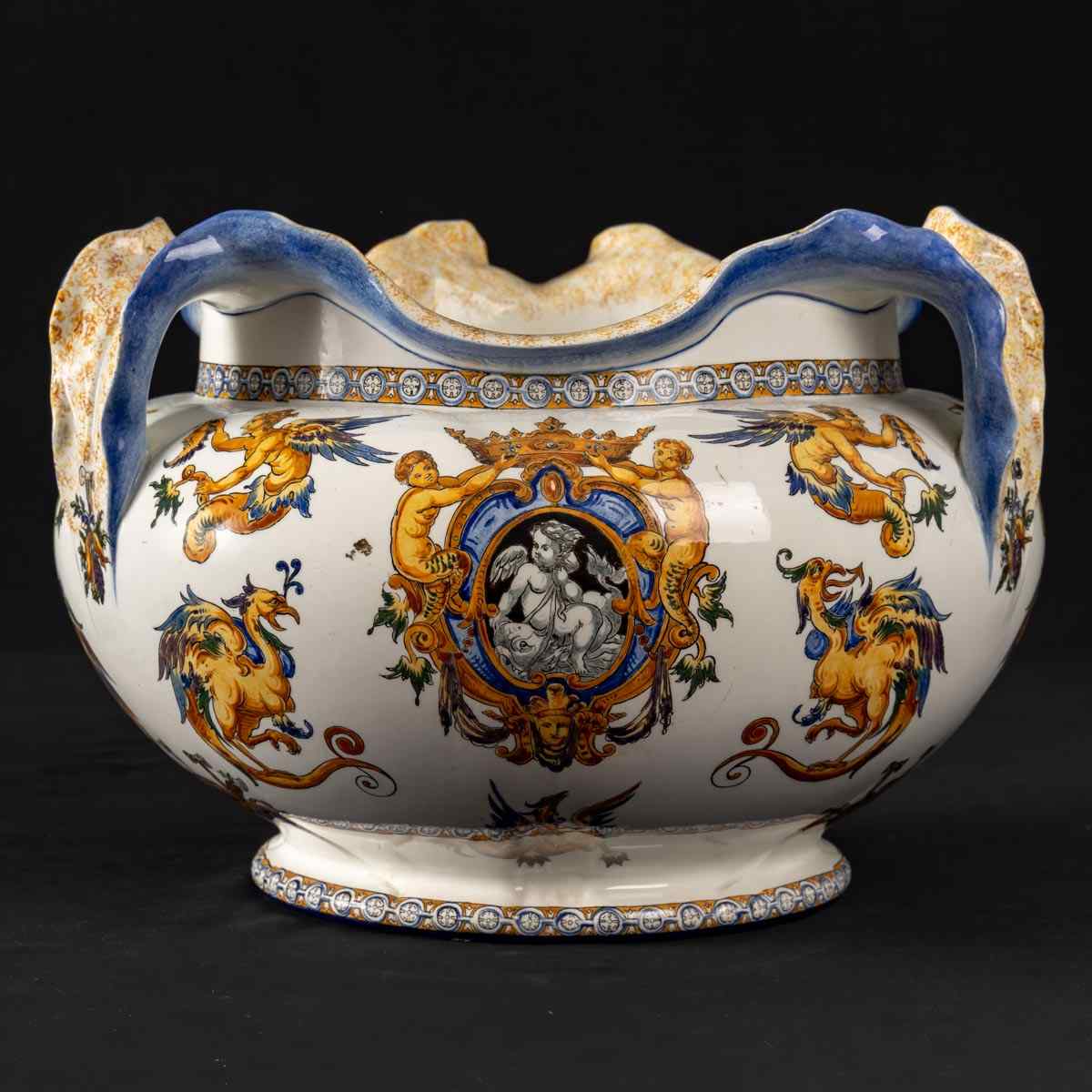 This model with its poly-lobed border reveals under its three handles beautiful hand-painted mythological scenes in gold, blue, orange, red, yellow and green tones.
This piece is in excellent condition with no cracks or chips.

Amongst the numerous earthenware factories of the 19th century, the reputation of the Gien factory is equal to those of Creil-Monterau, Longwy, Sarreguemines or Bordeaux.

The Gien earthenware factory in the Loiret, in the Centre Val de Loire region, was founded in 1821 by an Englishman.
Thomas Edme Hulm, known as Hall, was a British industrialist from a family that owned an earthenware factory in Montereau-Fault-Yonne in the Seine-et-Marne.
In order to promote fine English earthenware in France, he settled on the banks of the Loire, in the former convent of the Minimes de Gien.
This geographical location was strategic, as local raw materials were available (siliceous pebbles from the Loire, clays, sand) and wood from the forests of Orléans could be easily transported by the Loire to fuel the firing kilns.

The earthenware factory specialised in the production of crockery. Initially white with blue decorations, it then evolved to be inspired by the most famous tableware: Saxony, China, Marseille, the Ottoman Empire or even the Renaissance to make them more accessible.
It was a great success and many artists were invited to imagine new shapes and decorations.

Between 1855 and 1900, the manufactory's products received numerous international awards.
In 1875, the factory took the name of Faïencerie de Gien, after merging with the company "Les émaux de Briare". The company thus developed the technique of cloisonné enamels, offering new perspectives for the decorations.

The last 20 years of the 19th century saw the Faïencerie distinguish itself through its creativity and technical performance, which allowed the production of monumental and original pieces. The factory received a gold medal in Philadelphia and at the Universal Exhibition in 1900.