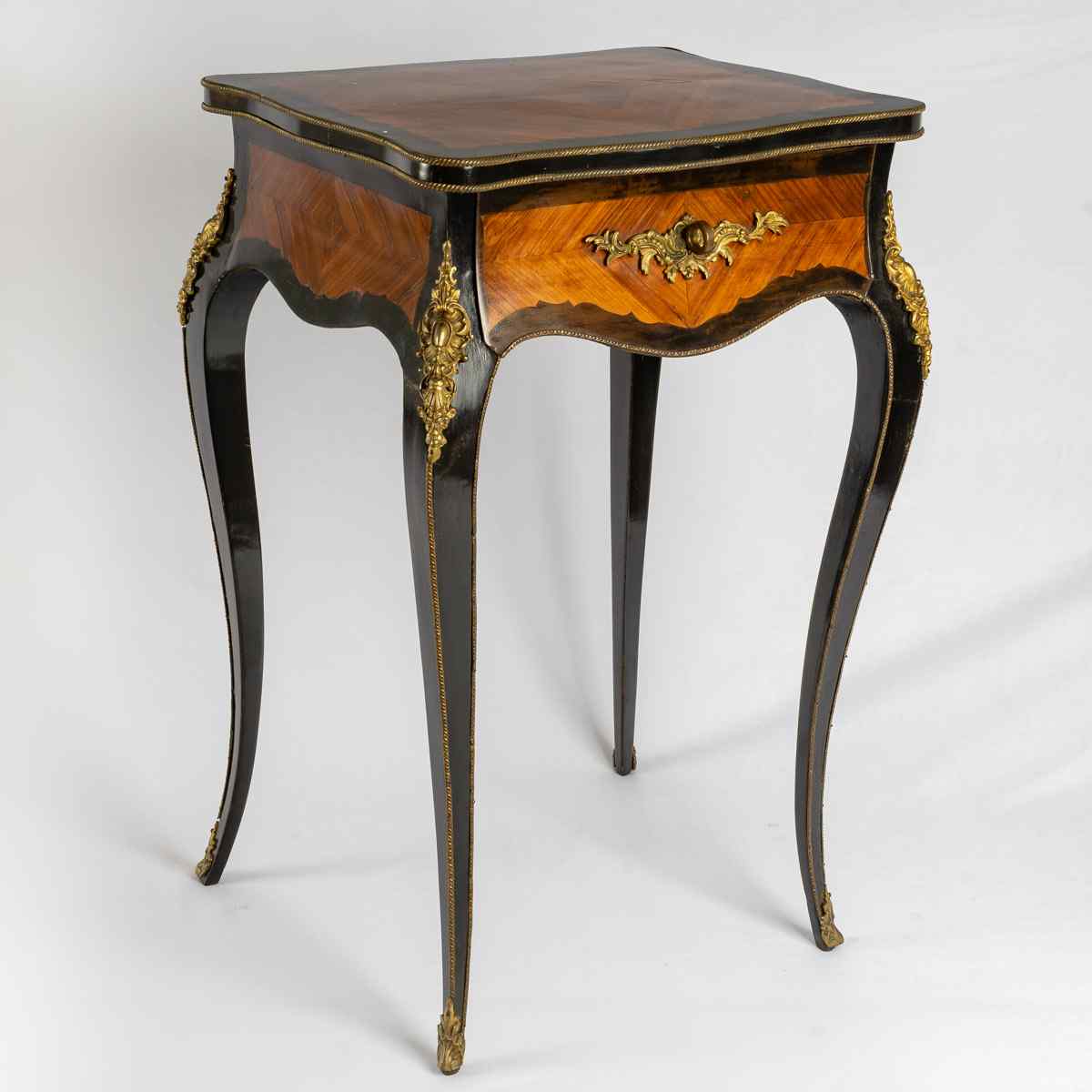 Elegant Napoleon III style Louis XV working table in blackened natural wood and rosewood marquetry.
The top is decorated with a mirror on the inside. The interior compartment is in rosewood.
It rests on four curved legs decorated with falls, fillets and bronze sabots.

Also known as a work table, this is a real piece of living room furniture that combines aesthetic functions with storage for sewing utensils.

This magnificent piece is attributed to the workshops of the "Maison Alphonse GIROUX PARIS".
This shop was created around 1799 by François Simon GIROUX - 7 rue du Coq St Honoré in Paris (trade of fancy goods and stationery) then Cabinetmaker from 1834 under the name of Alphonse GIROUX.

At that time, he specialised in the manufacture of refined objects for which Louis XVIII and then Charles X were supplied with gifts.