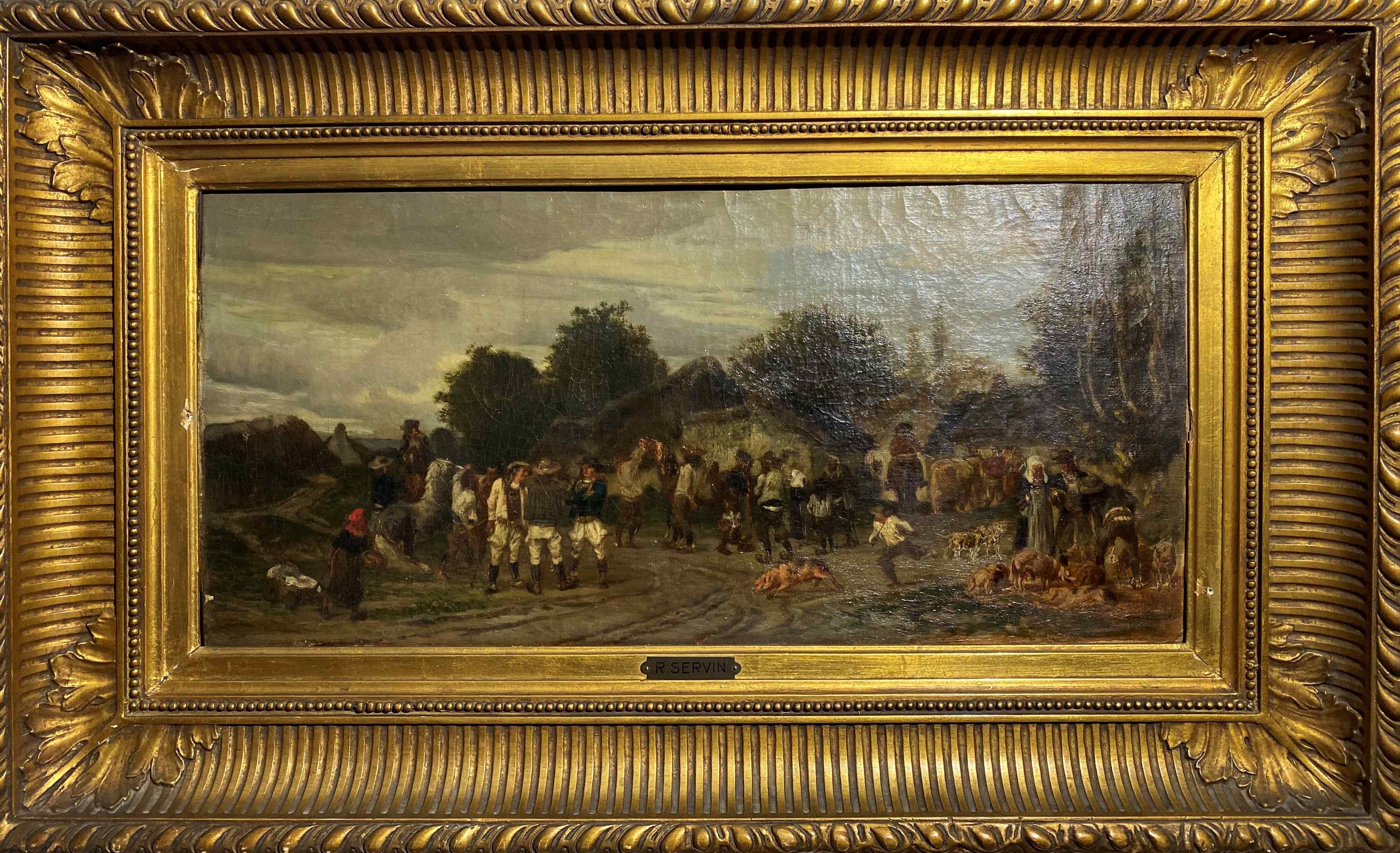 Parisian, Amédée Servin was born to a mégissier father, who, disappointed by his son's failure in studies, places him in an apprenticeship with an upholsterer where he learns to draw cartoons. He then entered the Beaux-Arts in Paris on April 7, 1848, presented by the painter Michel Martin Drolling. In this school, his classmates were students of his generation, such as Jean-Jacques Henner, Benjamin Ulmann, Paul Baudry. He also frequents the studio of François Édouard Picot.

He made his debut at the Salon of 1850, presented a courtyard interior and lived at 18 rue de Bellefond; thereafter, he exhibited there regularly. In 1855, he exhibited three landscape paintings inspired by Normandy and the following year, he was inspired by Breton landscapes. He is in contact with the first painters who frequent Barbizon, where he meets Théodore Rousseau and Jean-François Millet. Around 1857, he moved to Villiers-sur-Morin , became a friend of Jules Grenier (1844-1888), then in 1860, he founded the artistic circle of Villiers there, and persuaded other artists and writers to come. in this village. He began to produce landscapes inspired by this village in Seine-et-Marne, where he remained until his death. Creators joined him like Ernest Boetzel, who translated his paintings into engraving, or Louis-Alexandre Bouché Ferdinand Lunel and former comrades like Ulmann.

In 1872, he received a medal at the Paris Salon, a year after losing his wife. The Parisian gallery that represents him is Deforge-Carpentier. His friend Alexandre Falguière sculpted a bust portrait of him, for a monument erected in his honor at Villiers in 1888. Servin was nicknamed the “Master of the Morin Valley".

The artwork here presented represents a day at what probably is Villiers-sur-Morin, where he founded an artistis community. Beautiful landscape of the village, composed by houses, tents, some rocky formations and vegetation. There are many characters in front, each doing different things, in company of different animals such as sketchy dogs, pigs, and horses.

A normal day at the village