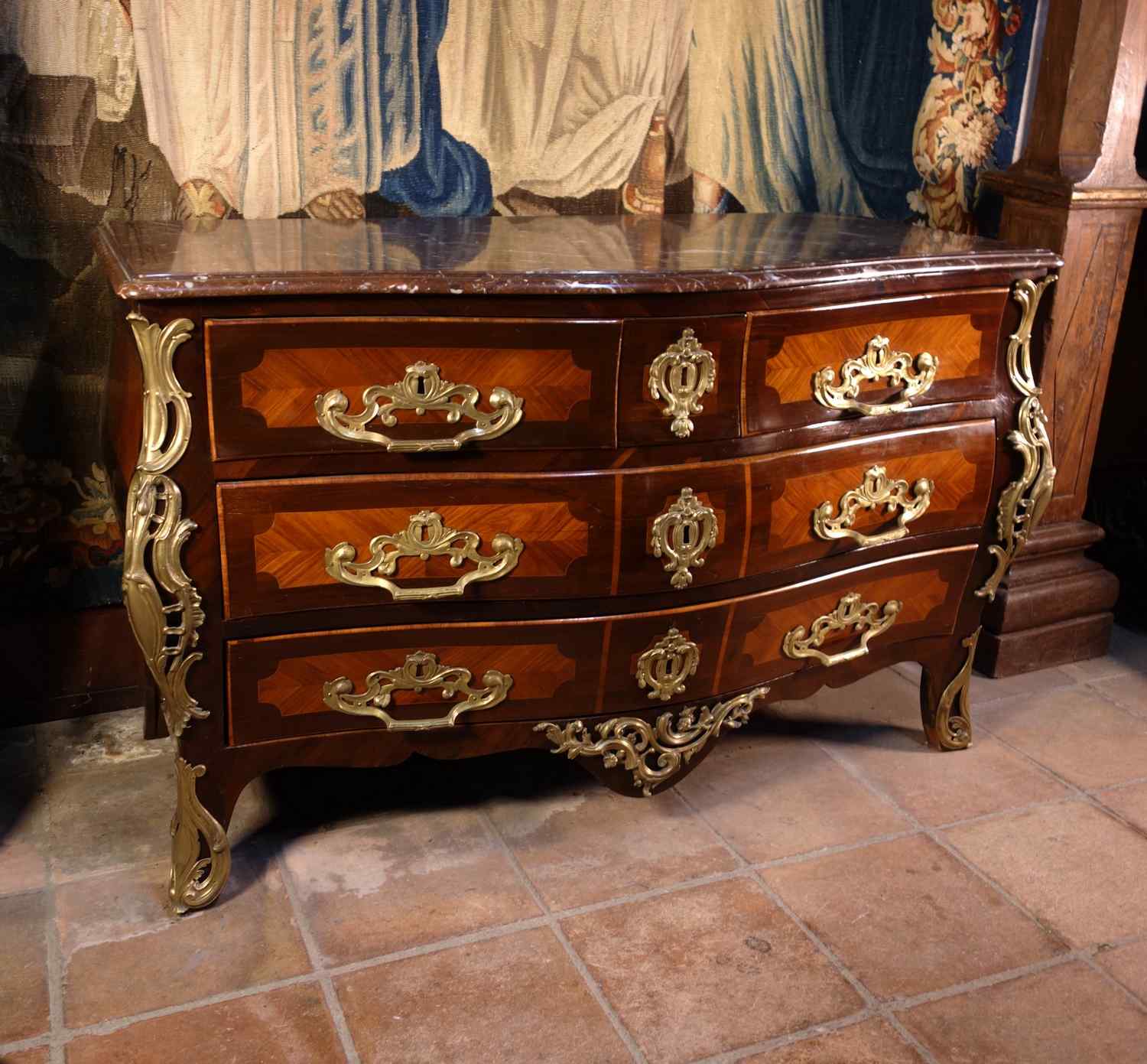 Chest of drawers in rosewood and rosewood marquetry.

Opening with 5 drawers with reserves on the front and decorated with opulent bronzes.

An eventful apron, the chest of drawers is topped with a royal red marble.

Wooden key for the secret closure of the small central drawer.

The light reserves on the front and on the sides contrast with the more sustained rosewood marquetry to present a chest of drawers in unusual tones.

Charles-Joseph Dufour was born in 1740. Master on December 3, 1759, he worked until 1769 before settling in Faubourg Saint-Antoine. He is a specialist in Louis XV chests of drawers, which he is particularly fond of. He notably received orders from merchant-mercers. One of his chests of drawers figured in the old Demachy collection. He also acted as an expert during the succession of Joseph Baumhauer, the King's privileged cabinetmaker.
18th century period, between 1759 and 1780. Later locks.