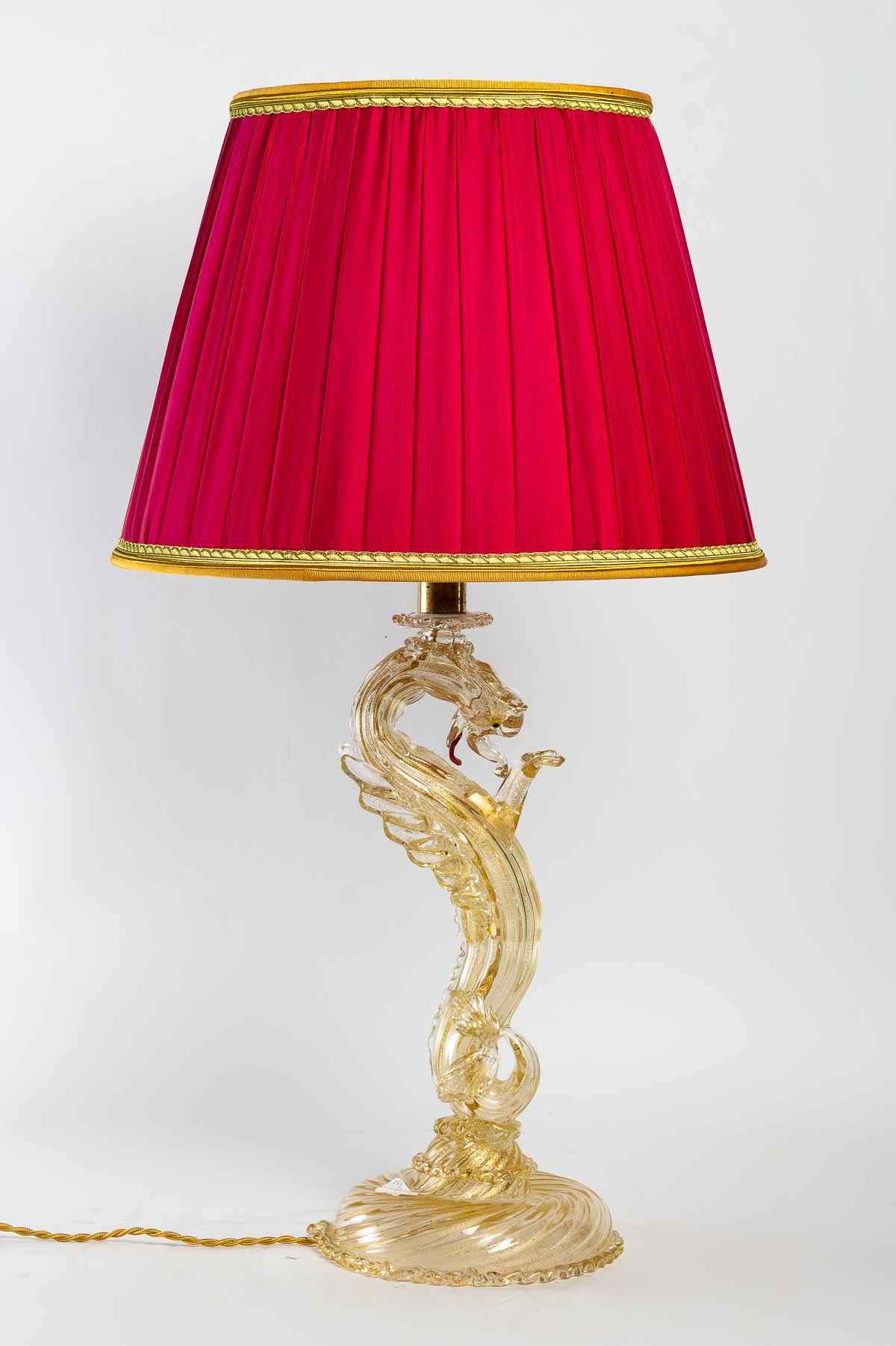 Sublime lamp whose foot is in spun glass with inclusions of gold glitter and a touch of ruby red glass attributed to Barovier Murano revealing a majestic winged dragon. This magnificent lamp base is enhanced by a sumptuous pleated shade in ruby-colored silk, made in a traditional way, in a resolutely couture spirit and embellished with sober finishes. This pair of lamps has been electrified by Mr. Gilles Plas of SARL VCR, with an electric twisted sheath, of plain silk-effect fabric Gold sublimating the inlays of gold powder in the glass. Period: First third of the twentieth Dimensions: Total height with shade: 71cm Dimensions of the foot alone: Height: 40cm Diameter of the base: 19cm Dimensions of the shade: Top diameter: 25cm: Bottom diameter: 40cm It was in 1295 that Jacobello Barovier founded a glassworks in his name in Murano. More than seven centuries later, the Barovier & Toso house is still valiant, listed as the fifth oldest family business in the world. At its side, five glass factories of the island show more than three hundred years of existence. The know-how of the glassmakers is of course transmitted from father to son, the most famous of the Baroviers being perhaps a certain Angelo, who is known to have died in 1461. We owe him two major inventions, the lattimo, a opaque glass imitating porcelain, and crystalline glass, for which he obtained permission not to turn off his ovens during the compulsory period. Despite the prohibitions, Angelo Barovier even went to work for a time in Florence, called in by the Medici. Murano's reputation did not weaken much until the end of the 18th century. In 1797, Napoleon put an end to the independence of the Republic of Venice. Competition from Bohemian crystal has asserted itself. It was the Universal Exhibitions, which were numerous at the end of the 19th century, which finally gave Venetian glassmaking a new boost.